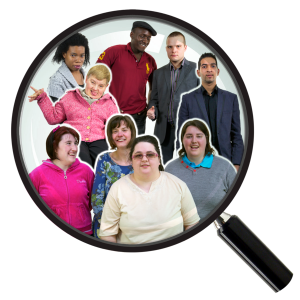 At Disability Equality Scotland we have received a number of calls and messages from disabled people who have been subject to abuse and hate crime during the COVID-19 pandemic.  All forms of hate crime are completely unacceptable and must not be tolerated. With the permission of the individuals who have contacted us, we have created a series of case studies to raise awareness of hate crime and how to report it. 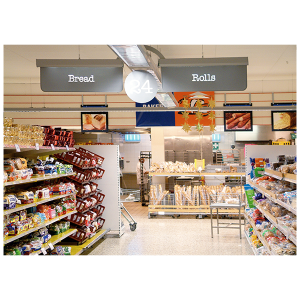 ‘’I’m having a real awful time with this whole face mask situation and the fact I also have a visual impairment which makes social distancing difficult.

One incident happened in my local (supermarket) branch.  It was a member of staff (acting as security I think) who grabbed (my assistance dog’s) leash as I had seemingly not heard him say “no dogs”. It hurt my dog and made my arm yank back.  He let go and was shouting at me whilst the dog whined. I struggled to understand him.

I stated I was deaf and could not lip read.  His only response to that was to raise his voice and make me feel more intimidated.  He also gestured to the door which made me feel he still wanted me to leave – so I did.  I did not get an apology or at least I did not hear it.  I was keen to leave as soon as possible as I felt quite shaken.

Members of the public walked past but did not intervene.  Now I rely on my hearing husband to do all the shopping.”

Disability Equality Scotland would recommend that in disability awareness training is offered to all members of supermarket staff.  More information about recognising and reporting hate crime can be found on the Disability Safety Hub. 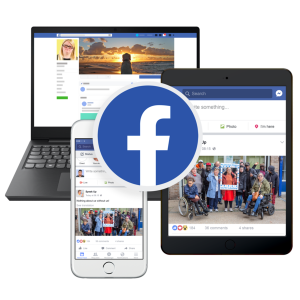 “I shared a post to my own personal Facebook regarding face-mask exemptions and I said how I felt I was being unfairly judged for not wearing a mask because I’m young and people don’t see my health issues.

I was verbally attacked by two family members and someone who has known my family for many years.  I was told I would be “slapped” “drop-kicked” that I need to “suck it up and get a mask on” and that I should “grow-up”.

All three people removed me as friends on Facebook.

It made me feel even more anxious about going out because if family and family friends could judge me like that and make threatening gestures who else could actually follow through with it?  I had a few people stick up for me which was a relief but at the same time it still doesn’t make it any easier.

I feel uneasy going to the police as I would never want to make the situation worse, so I just stay out of their way and not speak to them.”

Disability Equality Scotland would promote the message that witnesses, and bystanders can also make reports of hate crime to Police Scotland and there are many ways to do that.  There’s more information on reporting methods on our Disability Safety Hub. 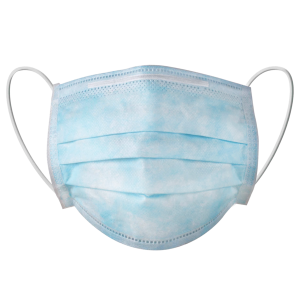 “I was in my local convenience shop and the member of staff was very rude and abusive when I wasn’t wearing a face-covering.  He told me very abruptly that I would have to wear a mask, or I would not be welcome and would have to shop elsewhere.”

“I got on the bus and showed the driver the face covering exempt card on my phone and sat down. At the next stop he confronted me in front of everyone and spoke in quite an intimidating manner. I told him I was exempt and showed him the card I had downloaded on my phone again. The driver said that it was rubbish, and anyone could download it. I was in tears on the bus. Physically I cannot deal with the anxiety and dread to get on a bus now.”

“I was recently rushed to hospital with chest pain and breathing difficulties. When I arrived at the emergency department I was immediately told by a nurse that I must wear a face covering.  I uttered, because I could hardly speak “I am exempt”. In response, the nurse said that if I wanted to receive treatment, I must where a face covering. I could hardly move or breathe so struggled to speak but as soon as the covering was on, my breathing became worse and I started to burn up and felt more panic. I managed to utter “can’t breathe, I have asthma’, to which she replied ‘you can breathe’, then took my oxygen levels and said see it’s fine you can breathe ignoring my plea for help. I had only had the face covering on for a few minutes so my oxygen level would not change that quickly but my breathing certainly did.

This experience has shook me up. I was completely helpless and relying on medical staff to take care of me. I was extremely frightened  and they made it worse and didn’t care about my plea for help.”

‘I Am Me’ tells the story of 24 year old Charlie, a young man with a learning disability and autism. Charlie loves gardening and books but hates shouting and graffiti.

The story begins as Charlie is moving into his own flat. With Charlie’s mum being ill and struggling with his care, Charlie’s older brother Tom is keen that he takes steps towards living a more independent life. Over time though Charlie is targeted by local youths and the abuse starts to escalate.

‘I Am Me’ is a hard hitting and emotional film that explores many complex issues surrounding the effects of disability hate crime, in a thought provoking yet sensitive way.

If anyone has been affected by Charlie’s story and they want to report an incident they can do this either: